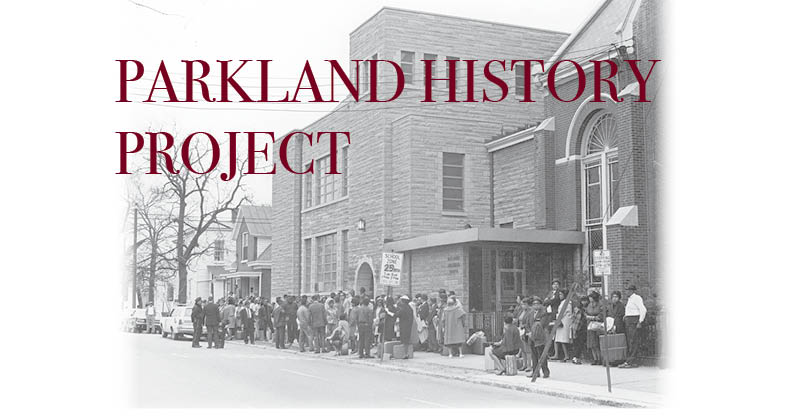 In the fall of 2004, the National Trust for Historic Preservation held its national conference in Louisville, Kentucky. Titled, “Restore America: Communities at a Crossroad,” the conference called attention to some of Louisville's recent preservation and transportation successes.

During the conference, Louisville's Main Street Association took the opportunity to conduct twenty-four interviews with community members who held vital information regarding historic downtown buildings, their owners, and their neighborhoods. These oral histories were the beginning of a larger project, which by 2008 would grow to include nearly 100 interviews about Louisville's downtown historic district and the Haymarket.

In turn, the exhibits displayed on this site were created as an extension of those podcasts. From the history of the Bourbon stockyards to the manufacturing process of the iconic Louisville Slugger baseball bats, these exhibits seek to convey memories of Louisville's social, economic, and cultural roots in a polished and entertaining format.

Like the Main Street Association, the members of the class hope that their work will help preserve and promote the vitality of Louisville's fascinating past.